February 16, 2018
Ray Arata
Allies and Mentors: How and Why You Should Develop an Inclusive Approach

Strong mentorships and sponsorships are particularly instrumental in the retention and promotion of women and traditionally marginalized groups.  Evidence shows that women face more barriers in securing mentors or sponsors than men or may reap a narrower range of career and psychological benefits when they have a mentor or a sponsor.  When men demonstrate awareness, commitment and gender humility, they start help to create a more inclusive workplace.  To tell us more about this, the Associate Professor of Sociology at the U.S. Naval Academy and author of Athena Rising, How and Why Men Should Mentor Women, Dr. David Smith.

It’s a delight to be here today with a room full of allies, male allies and the like and quite a few rising Athenas out there in the crowd as I’ve seen today that I had a chance to talk to.  But the focus of today is to talk to you a little more about being strategic and deliberate about how we form mentorships and really strong mentorships, good ones at work, and the role that men and male mentors can play in not only identifying but developing and most importantly prompting and retaining a very diverse workforce.

So guys first, all of you, thanks for being here.  It’s really meaningful to see so many men here at this conference.  We were just talking at lunch, we need like 10,000 x as many men in the room.  Maybe some day Ray will get us there.

What I want to share today with you guys is what women say they really want in a male mentor.  So I’m going to share with you some of their ideas and thoughts and ladies, if you listen to the advice I’m offering your male colleagues out there, I think you’ll find that you can learn a little bit about what a roadmap looks like to find a good male mentor and knowing what to expect from a good strong mentorship, from a man.  Because after all, you should demand and expect really outstanding mentoring form your male allies.

So you’ve heard it over and over again, the evidence today and I’m going to reiterate a little bit of it but let me shed some light on something that may be a little bit different for you.  So how about women who are mentored by men?  What we know about that is that women mentored by men have more promotions, higher salaries, stronger more diverse networks, higher confidence, higher job satisfaction, and higher organizational commitment, all of which is leading to higher retention and career eminence.  Right, all good things.  And the business case, if that wasn’t compelling enough as we all know, and Dale did a nice job showing today showing us the data that’s out there but gender diverse, gender balance leadership teams lead to higher bottom lines.  So, lots there in the case for that.

WHAT'S IN IT FOR MEN WHO MENTOR WOMEN?

And finally, for the guys in the audience who if you haven’t heard enough from Michael Kimmel and everybody else today about, “What’s in it for me?”, there’s more here.  So men who mentor women?  Guess what, more broader diverse networks across their organization, more access to insider information from different parts of the organization than their counter parts and then finally, better and enhanced interpersonal skills.  And the great part about this at work, is that it also translates outside of work.  And we find that not only is it good there but at home it makes us better husbands, better fathers and better men.  Ray said I get paid a little bit more every time I say that, is that right Ray? (audience laughs).

So I thought it would be useful first if we start off with a…. we’ve heard several definitions about what mentoring is, what mentorships are, what sponsorship is and I’m going to give you the definition that my coauthor Brand Johnson and I use as we’re talking about mentoring so as we go through this we are all kind of on the same sheet of music.  Really, it’s about this two-way mutual relationship that we have as mentor and mentee.  There is an inherent dynamic, power dynamic in some cases that we have to be aware of but it’s a place where we can all learn from each other, not just mentor giving all the knowledge to the mentee but often the mentee giving the knowledge and the feedback to our mentors, so that’s where we come from.  Does it include sponsorship?  Yes, you will hear me talk about some things today that are classic sponsorship but the thing with sponsorships is that they often don’t necessarily have a relationship with the person that they are sponsoring.  I’m sure many of us have had many sponsors who’ve helped open doors and get us promoted and find opportunities for us and we never even realized they are doing it.  But the difference is with a mentor and a mentoring relationship, there is that relationship there.  And so that’s the focus as we go through this.

THERE JUST AREN'T ENOUGH WOMEN TO GO AROUND

Some of you might be asking, “Why can’t women mentor women”? Right?  There’s a lot of people out there that espouse that.  And you know, women do mentor women but as our former Secretary of State, Madeleine Albright very clearly said, (gestures towards photo that says, “There is a special place in hell for women who don’t help other women.”) you that doesn’t always work out so well.  So sometimes it helps that men are involved.  So as it turns out, if you look at most male dominated professions and organizations out there, that there’s aren’t enough women to go around.   Especially today, we’re doing an incredible job.  You heard all of these experts today from all of these organizations that are doing great jobs of recruiting young, talented, diverse workforces out there.  But if we’re trying to match them up with people that look like them that are senior enough to be able to help them, there just aren’t enough people to go around.  So what do we do about that?

What else?  So why else don’t women often mentor other women and you’ve heard many of the stories but beyond just the numbers game, their often under the microscope, right they are being highly scrutinized as to who they are mentoring and what they are doing.  They often feel a lot of competition in their organizations about the types of openings and jobs that are out there and this tokenism aspect of what they are doing and often, we all know that women often have more of the care giving duties at home…so there’s just the sheer exhaustion of trying to do it all at once.

So what about men?  (Points to screen) If you can’t read that it says, “I think I’m supposed have a mentor but I don’t know why.”  So they challenge is is that and many women say that, “I’m going to go out and find a male mentor, what am I look for and why can’t I find a male mentor?”  So when Brad and I did our research for our book we found a host of different reasons why guys sometimes are hesitant, sometimes sit on the sidelines and don’t mentor women or people that look like them, just in general.

Contact [email protected] to learn about GENDER PARTNERSHIP training, COACHING or CONSULTING for your organization. 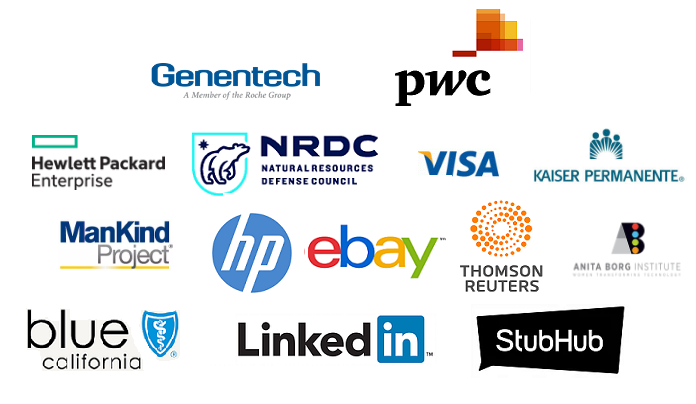